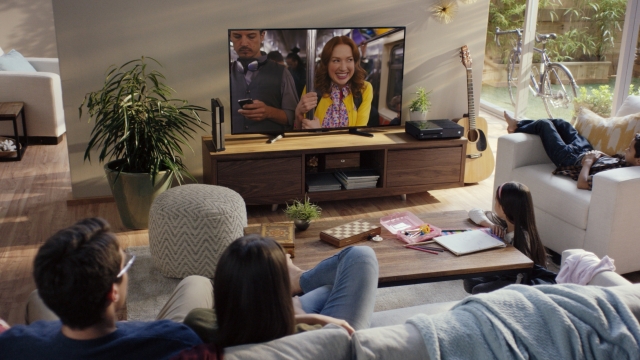 SMS
Netflix Gained Over 15 Million New Subscribers Since The Start Of 2020
By Casey Mendoza
By Casey Mendoza
April 21, 2020
While most areas of the entertainment industry are shut down due to the pandemic, streaming companies like Netflix are thriving.
SHOW TRANSCRIPT

Reed Hastings: "We've just been scrambling to keep our servers running well, keep the content, get a post-production done. Our small contribution in these difficult times is to make home confinement a little more bearable."

While movie theaters, theme parks and live events are shut down, streaming is one of the few thriving areas of the entertainment industry.

At the top of the streaming boom is Netflix. The company released its Q1 earnings report on Tuesday — its first report since the start of the pandemic.

Steve Langdon, partnerships director at the media firm Parrot Analytics, said in a statement: "These numbers reversed a recent downward trend. ... While new streamers gained demand share in 2019 at the expense of Netflix, the streaming giant is now fighting back."

Netflix's recent success was helped by popular original titles like "Tiger King," which was watched by 64 million subscribers. In mid-April, according to Parrot Analytics, it was the most in-demand series in the U.S.

Sarandos: "You could feel it in the social media excitement, and it turned out to just be an unbelievably well-timed distraction for what was happening in the world."

Going forward into the rest of the year, the streaming platform still expects to have its full slate of original releases.