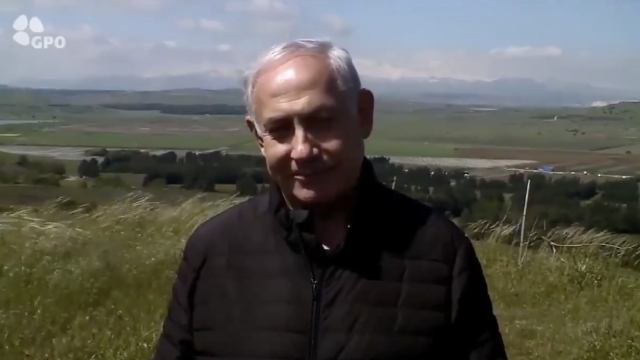 "All Israelis were deeply moved when President Trump made his historic decision to recognize Israel's sovereignty over the Golan Heights," Israeli Prime Minister Benjamin Netanyahu said. "Therefore, after the Passover holiday, I intend to bring to the government a resolution calling for a new community on the Golan Heights named after President Donald J. Trump."

Those are comments from Netanyahu during a family trip to Golan Heights Tuesday. He said he'll introduce a resolution for the proposed name to the government "soon."

Here's a bit of context: The U.S. and U.N. saw Golan Heights as an occupied Syrian territory for the last 50 plus years. Israel took it from Syria in the Six-Day War of 1967 and annexed it in 1981. The move wasn't ever recognized by world leaders.

Syria's Foreign Ministry said Trump's move was a "blatant attack on the sovereignty and territorial integrity of Syria."

Netanyahu didn't give any hints what the community's name would be.