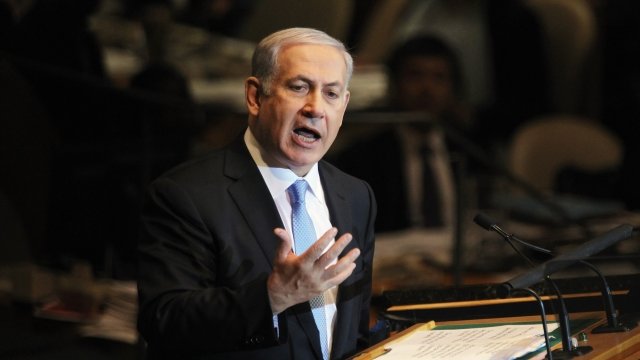 President Donald Trump welcomed Israeli Prime Minister Benjamin Netanyahu to the White House on Monday. The two offered brief remarks — and not surprisingly, they talked about Iran and moving the U.S. Embassy to Jerusalem.

Netanyahu said Iran was a common challenge both the U.S. and Israel have to deal with because the country hasn't given up its nuclear visions.

Trump also claimed the new U.S. Embassy in Jerusalem will be built very quickly and very inexpensively. He said it will only cost $250,000 and said, "It'll be very nice."

Correction: A previous version of this story incorrectly said Trump and Netanyahu held a joint press conference. The story has been updated.