Here's What Might Happen Next In The Struggle For Net Neutrality 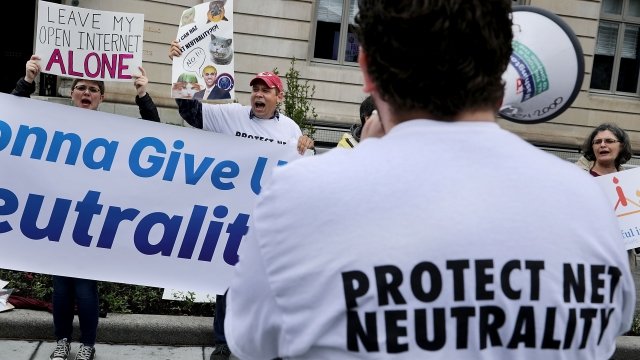 SMS
Here's What Might Happen Next In The Struggle For Net Neutrality
By Casey Mendoza
By Casey Mendoza
August 30, 2017
The FCC received about 22 million comments regarding the issue, but that might not matter.
SHOW TRANSCRIPT

Net neutrality is in trouble — and Wednesday is the last day to send comments about it to the Federal Communications Commission. After that, the fight for internet rules will continue in D.C. and possibly in court.

So far, the FCC has received nearly 22 million comments about the issue. Cutting out fake emails, form letters and duplicate messages, analysts found that a staggering 98.5 percent of unique comments support keeping the current FCC rules. This huge response could be due to calls to action from John Oliver, internet advocacy groups and major internet companies like Google, Facebook and Twitter.

But these comments probably won't change the mind of FCC Chairman Ajit Pai, who isn't a big fan of net neutrality. This spring, he introduced a proposal that would roll back current regulations. And earlier this summer, he said the number of comments in opposition to his plan wouldn't convince him to go back on it.

Members of the House Energy and Commerce Committee may be preparing their own legislative solutions to the internet debate and had planned a hearing on the topic for this fall. Reuters reports the meeting has been canceled, but the committee had invited major tech companies and internet service providers to join the conversation.

Congressional Republicans say they would like to compromise with Democrats but would also prefer to see regulations scaled back. 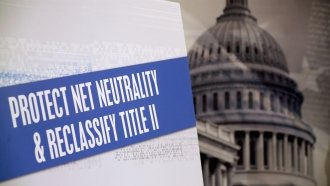 Advocates for net neutrality plan to take the issue to court if the FCC goes forward with its proposal, but it's worth noting courts have generally sided with the agency in regard to how it classifies broadband.