F-16 Crashes In Nevada, 3rd US Military Crash Since Tuesday 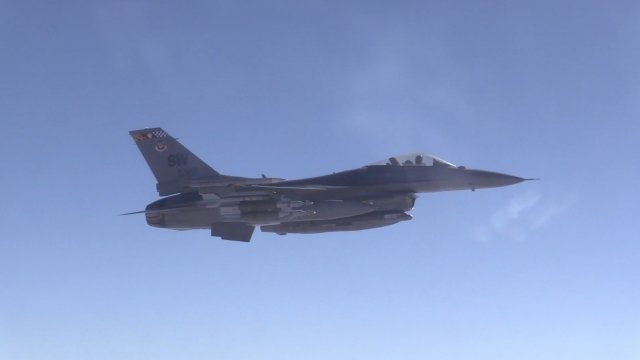 The U.S. Air Force said one of its F-16s crashed in Nevada on Wednesday after Tuesday's two Marine crashes.

A spokesperson for the U.S. Air Force told news outlets Wednesday an F-16 from Nevada's Nellis Air Force Base had crashed in the state. The condition of the pilot wasn't known as of about 1:15 Pacific time.

A local news outlet said the crash was during a training flight. It wasn't immediately clear how it happened.

The crash was the third for the U.S. military in two days. Tuesday afternoon, a Marine helicopter went down in Southern California, presumably killing all four crew members onboard.

Also Tuesday, a Marine pilot was injured after having to eject during takeoff at an airport in Djibouti.