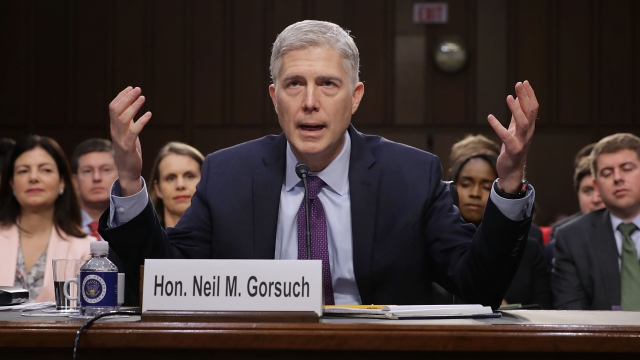 SMS
Neil Gorsuch Tells Senators He Wouldn't Bend To Trump On Supreme Court
By Eugene Daniels
By Eugene Daniels
March 21, 2017
"No man is above the law," the president's SCOTUS pick said during his confirmation hearing.
SHOW TRANSCRIPT

"A good judge doesn't give a wit about politics or the political implications of his or her decisions," Judge Neil Gorsuch said during his Senate confirmation hearing.

Gorsuch is President Donald Trump's nominee for the Supreme Court. And there's one thing Gorsuch really wants to highlight in Senate testimony: his judicial independence.

"I have no difficulty ruling for or against any party. ... There's no such thing as a Republican judge or a Democratic judge. We just have judges in this country," Gorsuch said.

There has been concern, especially from the left, about Gorsuch's ability to break with Trump's policies if they ever make it to the Supreme Court.

That's a concern with almost any nominee. But the legal fight over Trump's travel ban and the president's attacks on judges are providing a unique and volatile backdrop this time around. 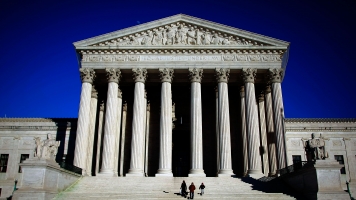 Gorsuch steered clear of specific answers about the travel ban, but when he was asked if presidents can go outside the law to protect national security, Gorsuch was pretty clear.

"Senator, no man is above the law," Gorsuch said.