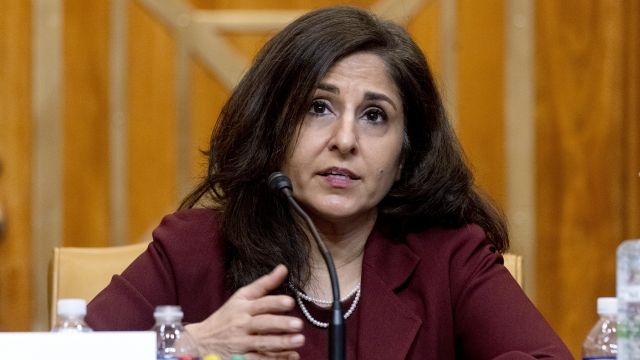 SMS
Neera Tanden Withdraws Nomination For OMB Director
By Newsy Staff
By Newsy Staff
March 3, 2021
She had faced opposition for tweets she had sent attacking members of both parties before her nomination.
SHOW TRANSCRIPT

Neera Tanden has withdrawn her nomination for the Office of Management and Budget.

She's President Biden's first nominee to not make it through Senate approval.

Tanden faced opposition from Democratic Sen. Joe Manchin of West Virginia and moderate Republicans for tweets she had sent attacking members of both parties before her nomination.

Tanden said she did not want to continue the process and become a distraction after it was clear to her and White House officials there was no path forward. The president has not announced a new nominee.