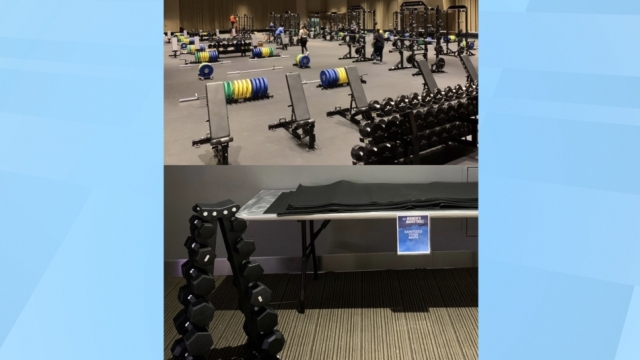 A picture that went viral shows a men's weight facility compared to the setup that the women's teams have.

This picture that went viral shows a men's weight facility compared to the setup that the women's teams have. You can see just how stark the difference is.

The NCAA said it was because of limited space. But a video appeared to dispute that claim, showing plenty of extra space available in the women's practice area.