Democrats Will Not Seat NC Republican Amid Allegations of Voter Fraud 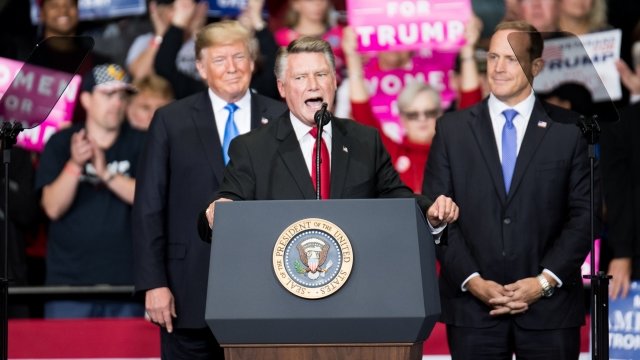 The incoming House majority leader said Friday Democrats will not seat a North Carolina Republican next week amid allegations of election fraud.

Harris was initially declared the winner in North Carolina's 9th Congressional District race. But some voters claim Harris' campaign collected and finished people's absentee ballots. This led to the state's election board opening an investigation into whether a man working with Harris' campaign destroyed, filled out or otherwise mishandled the ballots. The board has refused to certify the results of the election and may order a new election if evidence of fraud is found.

Harris has denied any wrongdoing and filed an emergency petition Friday morning with the state board to certify his win. But the board dissolved the same day under a court order without taking any action.

North Carolina's governor said an interim panel will be appointed in the meantime until a new election board takes over on Jan. 31.