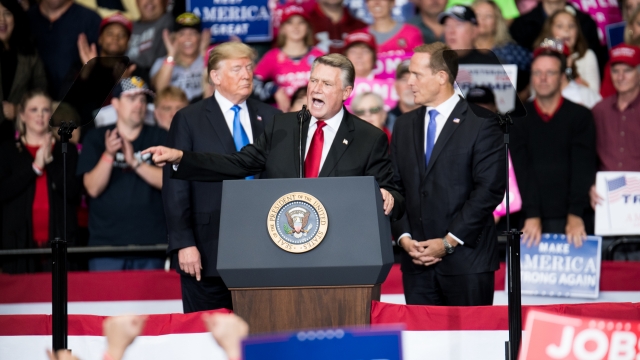 SMS
Judge Won't Force Board To Certify GOP House Candidate As Winner
By Ahmed Jawadi
By Ahmed Jawadi
January 22, 2019
Mark Harris was declared the winner in a House election, but some voters have claimed his campaign mishandled absentee ballots.
SHOW TRANSCRIPT

A judge in North Carolina has decided not to certify Republican Mark Harris as the winner of the state's 9th Congressional District election.

Harris filed a lawsuit earlier this month to force the state to certify last year's midterm results. He was initially declared the winner by over 900 votes, but some voters claim Harris' campaign collected and finished their absentee ballots. That led the state's election board to open an investigation into whether a man working with Harris' campaign destroyed, filled out or otherwise mishandled the ballots. Since then, Harris' opponent has withdrawn his concession, and the election board has refused to certify the results of the election.

On Tuesday, the judge decided against ordering the state elections board to certify Harris because doing so was "not appropriate until the investigation is concluded."

Harris has denied any wrongdoing and previously tried to get the state board to certify his win. But the board dissolved in late December under a court order without taking any action. A new board is set to be appointed on Jan. 31, and it will likely hold an evidentiary hearing to decide whether to certify the results.