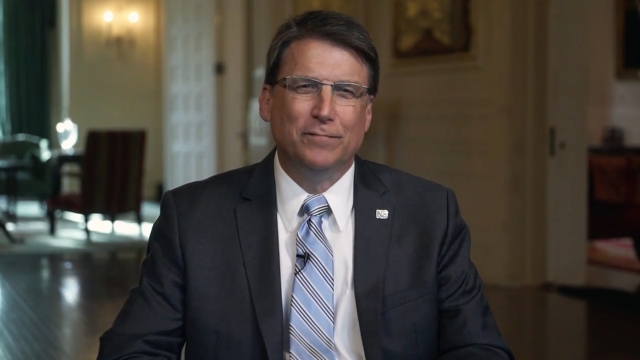 SMS
NC Governor Walks Back Part Of Controversial 'Anti-LGBT' Law
By Christian Bryant
By Christian Bryant
April 12, 2016
North Carolina Gov. Pat McCrory signed an order to amend the law. Businesses had canceled expansion plans in the state because of the legislation.
SHOW TRANSCRIPT

"I'm taking action to affirm the state's commitment to privacy and equality. To that end, today I've signed an executive order with the goal of achieving that fine balance," McCrory said.

In a video message, McCrory said he wanted to clarify the intent of the Public Facilities Privacy & Security Act, which previously said people must use bathrooms that match the sex on their birth certificate.

McCrory's executive order keeps that policy in place for restrooms and locker rooms in government buildings and schools but affirms that businesses can set their own rules.

McCrory said sexual orientation and gender identity will be included in the state's employment policy, and that he'll seek legislation to reinstate the right for employees to sue their employers for discrimination.

Businesses, organizations and even musicians like Bruce Springsteen have recently pulled out of engagements in North Carolina over the controversial law, costing the state jobs.

It's uncertain if businesses like PayPal and Deutsche Bank, which halted plans to expand in North Carolina, will reconsider because of McCrory's executive order. But the ACLU of North Carolina and other organizations are still suing the state over the law.

This video includes clips from the Office of Governor Pat McCrory, PBS and NBC / "Saturday Night Live" and images from Getty Images.