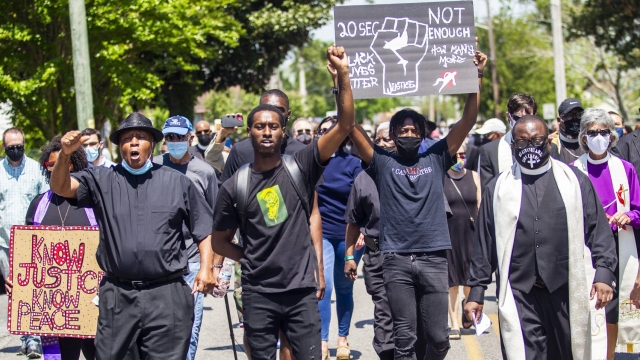 SMS
North Carolina Attorney General Calls For Change To Body Cam Laws
By Simon Kaufman
By Simon Kaufman
May 7, 2021
Andrew Brown Jr. was killed by police April 21. The full video of his death has not made public.
SHOW TRANSCRIPT

North Carolina's attorney general says police body cam and dash cam footage should be part of the public record, and he's pushing for a change to state law.

The comments from Josh Stein come while the family of Andrew Brown Jr. calls on authorities to release all of the body cam videos of his death.

Brown was fatally shot by police in Elizabeth City last month while they were serving him an arrest warrant.

So far, county officials have only showed a portion of video to Brown's family and their attorneys.

Under state laws, a judge has to sign off on releasing body cam footage to the public.

Stein says that law should change and there should be a standard procedure and timeline for making footage public.