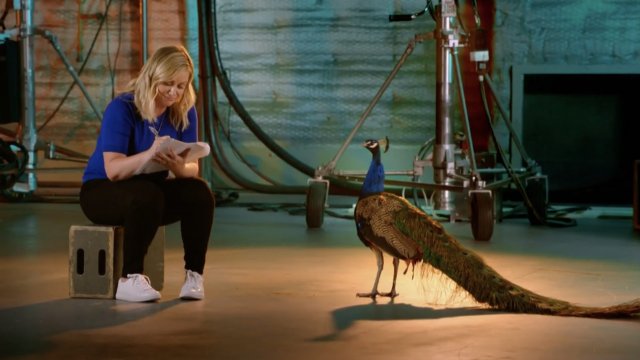 SMS
NBC Is 'Hatching' A Plan To Compete In The Streaming Wars
By Casey Mendoza
By Casey Mendoza
January 15, 2020
NBCUniversal and Comcast will unveil more details about their upcoming streaming platform, Peacock, on Thursday, Jan. 16.
SHOW TRANSCRIPT

NBCUniversal is "hatching" a plan to compete in the crowded streaming industry. And more details of that plan — dubbed "Peacock" — will be released during the company's Investor's Day on Jan. 16.

Researcher Brandon Riney, with the market consulting group Parks Associates, told Newsy: "Besides its name, there is still a lot of mystery regarding NBCUniversal's upcoming service. Sparse details about its launch, distribution and content have been released so far."

Because of that, Thursday will likely be full of reveals for the upcoming platform.

One thing followers of the news should expect? Much lower prices, ranging from free to ten dollars a month. The prices will likely depend on whether customers are already Comcast subscribers, whether or not they want to see ads and how much of the content library they want access to.

As Newsy previously reported, NBC's ad-supported platform is a familiar strategy for the legacy television company. And coupled with the organization's exclusive content — including "The Office," "Parks and Recreation" and a revival of "Saved By The Bell" — Peacock will be able to set itself apart from other low-cost and free streaming platforms like The Roku Channel, Tubi and Pluto TV.

Riney added: "Parks Associates finds that no free, ad-based streaming service has a market share greater than 7% of U.S. broadband households, so there is an opportunity for Peacock to quickly become a leader in this space."