NBC: Acting Ambassador To Ukraine Bill Taylor To Step Down 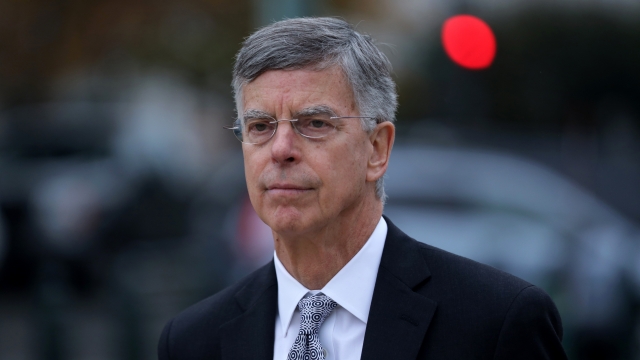 The top U.S. diplomat in Ukraine, Bill Taylor, will reportedly leave his post at the start of next year.

Two unnamed sources told NBC News Tuesday that Taylor is planning to leave the U.S. Embassy in Kyiv on Jan. 2.

Taylor was thrust into the spotlight when he became a key witness in the House's impeachment inquiry into President Donald Trump. In October, Taylor testified that he had repeatedly questioned the decision to withhold U.S. military aid from Ukraine unless the country announced it would investigate Joe Biden and his son.

Taylor is serving as acting ambassador to Ukraine under the Vacancies Act, and NBC News reports his temporary appointment was set to end on Jan. 8. He was asked to step in after Ambassador Marie Yovanovitch was forced out of the position earlier this year.

It's unclear who President Donald Trump will choose to permanently replace Yovanovitch.