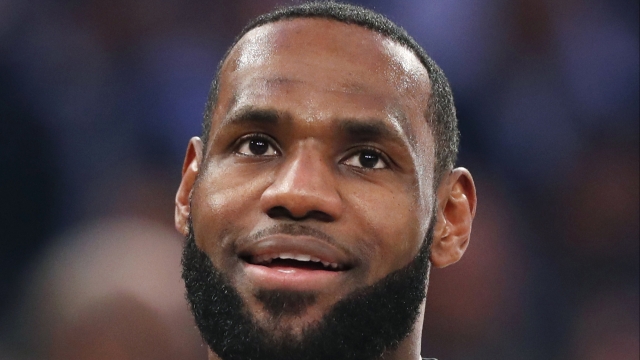 As residents in Georgia lined up for hours Tuesday to exercise their right to vote, NBA superstar LeBron James took notice. Outraged, he went on Twitter and asked some pointed questions.

"Everyone talking about 'how do we fix this?'" he wrote. "They say 'go out and vote?' What about asking if how we vote is also structurally racist?"

On Wednesday, James set out to answer those questions by advocating political change. He announced the formation of an organization to inspire - and protect - voter participation by African-Americans.

In an interview with The New York Times, James said he will partner with other athletes and celebrities in a campaign to combat voter suppression. He says the campaign - called More Than a Vote - will help register African-American voters and also publicly call out efforts to deny voting rights or discourage turnout.