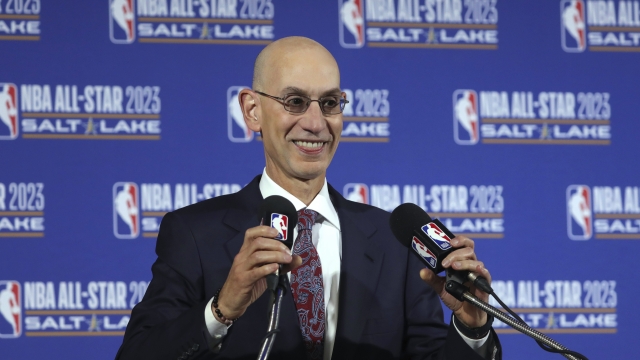 The NBA released a whopping 113-page memo to teams and players on Tuesday, detailing the league's plans to resume the season at Walt Disney World Resort in Orlando, Florida.

The document, which was obtained by ESPN, outlines plans for regular coronavirus testing, strict procedures for when someone tests positive, and strategies to prevent transmission of the virus throughout the campus.

One option is for players to wear what ESPN called a "proximity alarm" which will alert them when they are within six feet of someone else wearing the device.

Since players will be isolated in this so-called bubble for months, the memo also details a number of activities and events that will be available such as concerts, movies and even video game lounges and rec rooms. Pools and golf courses will also be open.

While this may sound like a relaxing sabbatical at a five-star all-inclusive resort, it's far from your stereotypical summer vacation. Everyone will be quartered at one of three Disney hotels when they arrive and must self-isolate for up to 48 hours or until they provide two negative COVID-19 tests. They also won't be allowed to leave except under certain pre-approved circumstances and nobody is allowed in other people's rooms.

However, some players have resisted playing the remainder of the season in isolation. Brooklyn star Kyrie Irving has called for players to consider not playing this season so they can advocate for social reforms surrounding racial disparities and police brutality.

Teams will be allowed to bring a mix of 35 travelers including players, coaches and other personnel. They must submit that roster to the NBA by July 1.