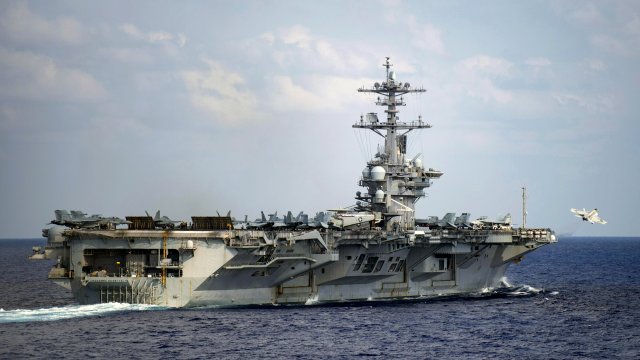 The U.S. Navy has changed its mind: After a deeper investigation, it says it will fire the captain of the USS Theodore Roosevelt aircraft carrier who raised concerns about the spread of the coronavirus on his ship.

On Friday, the chief of naval operations said Capt. Brett Crozier will still be with the Navy, but won't be eligible for future command and will be reassigned. Rear Adm. Stuart Baker will also be allowed to stay with the Navy, but his promotion will be put on hold.

"In reviewing both Admiral Baker and Captain Crozier's actions, they did not do enough soon enough to fulfill their primary obligation. And they did not effectively carry out our guidelines to prevent spread of the virus. They were slow egressing sailors off the ship and they failed to move sailors to available safer environments quickly."

A preliminary investigation recommended that Crozier be reinstated. He was initially fired in April.