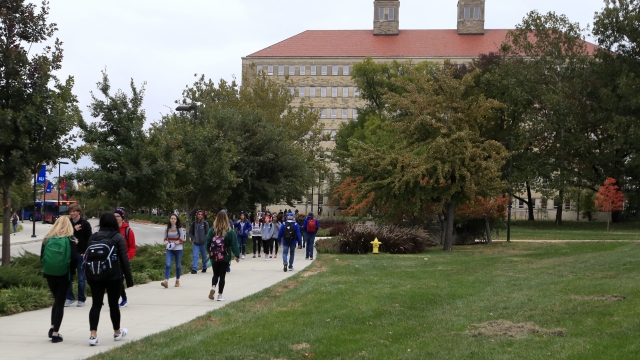 Navient, a major student loan collecting company, agreed to cancel $1.7 billion in debt owed by more than 66,000 borrowers across the U.S. and pay over $140 million in other penalties to settle allegations of abusive lending practices.

The $1.85 billion deal with 39 state attorneys general was announced Thursday.

According to educationdata.org, student loan debt is growing six times faster than the nation's economy.

Navient “engaged in deceptive and abusive practices, targeted students who it knew would struggle to pay loans back, and placed an unfair burden on people trying to improve their lives through education,” Pennsylvania Attorney General Josh Shapiro, who helped lead the negotiations, said in a statement.

Among other things, he said, Navient misled borrowers who were having trouble making payments into entering what are known as long-term forbearances, which caused them to run up even more debt.

Forbearance is when lenders allow borrowers to pause or reduce payments for a limited time while they build back their finances. However, interest on the loan continues to accrue and can ultimately cause the amount paid over the life of the loan to be higher.

In addition to forgiving tens of thousands of loans, Navient will pay $142.5 million, most of which will go to about 350,000 borrowers who were placed in long-term forbearances.

Also, Navient will be required to do more to advise borrowers of their options and explain repayment plans to them.