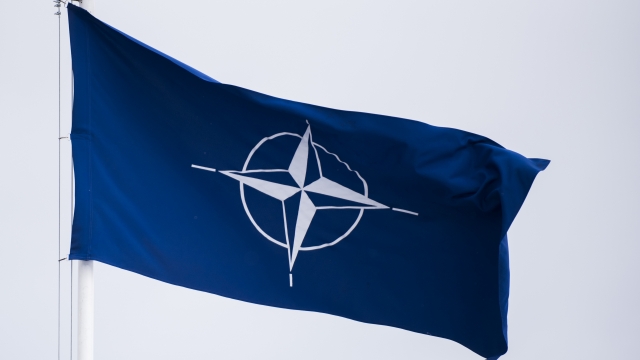 SMS
After 70 Years, NATO Looks A Lot Different
By Matt Picht
By Matt Picht
April 1, 2019
In the 70 years since it was first founded, NATO's size and purpose have shifted substantially.
SHOW TRANSCRIPT

The North Atlantic Treaty Organization, or NATO, was famously described by its first Secretary General as trying "to keep the Soviets out, the Americans in, and the Germans down." 70 years on, NATO might now be a victim of its own successes.

The alliance's 12 founding members started NATO in 1949 in order to keep the Soviet Union's European incursions in check. NATO has since expanded into 29 different countries — including several former Soviet states.

Those expansions haven't gone over well with Russian President Vladimir Putin, who views the alliance as a threat to his own ambitions of a resurgent Russia. Recent conflicts in Georgia and Ukraine have been partially fueled by questions about whether those countries would accede to NATO; and Russia is reportedly testing intermediate-range ballistic missiles that could pose a renewed threat to Europe.

The U.S. has stayed committed to NATO throughout its history, carrying the lion's share of the group's military burden. It was also the first country to invoke the alliance's collective defense pact in the wake of the 2001 terrorist attacks.

But over-reliance on the U.S. has taken the pressure off of the rest of the group — only seven of the 29 NATO nations are meeting the alliance's self-imposed goal to spend two percent of their GDP on defense. Burden-sharing has been a repeated source of friction between President Donald Trump and the alliance.

Current NATO Secretary General Jens Stoltenberg has made burden-sharing one of his main focuses; he notes that allies will be spending about $100 billion more on defense by the end of 2019 than they did at the end of 2016.