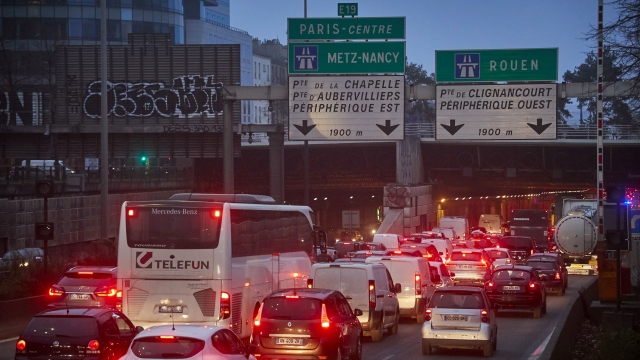 Thousands of workers across France took part in mass strikes over plans to restructure the country's pension system.

The strikes caused major disruptions across the country as they forced transportation networks, schools and shops to shut down. In Paris, police fired tear gas after exchanges with protesters got heated.

French President Emmanuel Macron is looking to reorganize the pension system by unifying the country's 42 different systems under a single points-based system. It's part of an effort to combat the country’s growing pension deficit, which could reach $19 billion by 2025 if nothing is done.

Many unions argue this proposed system will decrease the value of workers' pensions and force many to work longer.