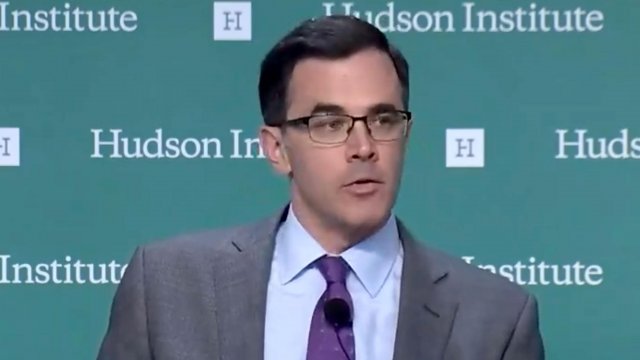 A top National Security Council official who is set to testify in the House impeachment probe Thursday is reportedly stepping down from his position.

A senior administration official said in a statement to several media outlets Wednesday Tim Morrison has decided to "pursue other opportunities — and has been considering doing so for some time."

The exact timing of Morrison's departure is unclear. He has served on the National Security Council as the senior director for European and Russian affairs for a little more than a year.

Lawmakers have been eager to hear from Morrison after his name was mentioned multiple times during closed-door testimony from top U.S. diplomat William Taylor.

Among other things, Taylor said it was during a phone call with Morrison where he first learned that U.S. military aid to Ukraine hinged on President Volodymyr Zelenskyy's willingness to investigate an energy company that employed Hunter Biden.

Morrison has yet to comment on the reports of his resignation.