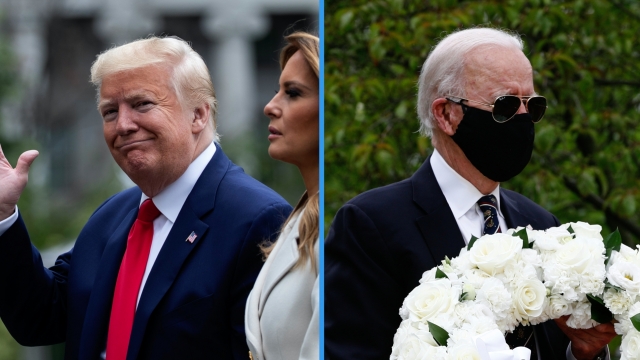 In the wake of a global pandemic, Memorial Day can serve as a reminder of the hardships some have endured to protect America’s freedom.

Despite the coronavirus, some traditions remained as the nation paused to remember members of the military who lost their lives in service to the country.

President Trump, Vice President Pence and Defense Secretary Mark Esper were among the participants at a ceremony at Arlington National Cemetery Monday. The president laid a wreath at the Tomb of the Unknown Soldier.

Trump then traveled to Fort McHenry in Baltimore, the site of the War of 1812 battle that inspired the poem that led to our national anthem. During the visit, the president also remembered those who’ve died from COVID-19

“Together, we will vanquish the virus, and America will rise from this crisis to new and even greater heights," said Trump.

The visit did not come without controversy, as the mayor of Baltimore, Jack Young, urged the president not to come, since the city is still adhering to stay-at-home orders and, according to Dr. Deborah Birx, is a virus hot spot.

"I'm asking the president to rethink his trip. It sends a bad message to the citizens of Baltimore," said Young.

In Delaware, former Vice President Joe Biden left his home for the first time in weeks to lay a wreath at the Delaware Memorial Bridge Veteran's Memorial Park.

“No matter how difficult the challenge or how hard the times, we are a great nation," said former Secretary of State General Colin Powell.

Across the country, observances look a little different this year, with events like the National Memorial Day Concert streaming online to prevent the spread of COVID 19.

The annual Rolling Thunder motorcycle ride, which typically included thousands of riders gathering in DC, ended last year but has been revamped with 22 mile local rides this past weekend. The 22 miles is for the average of 22 veterans who commit suicide daily.

“They may have made it back but they're internally struggling and some of them lose the battle," said Jan Brown, National Commander of AMVETS.

Despite the changes, one thing remained: a country determined to pay its respects, one way or another.