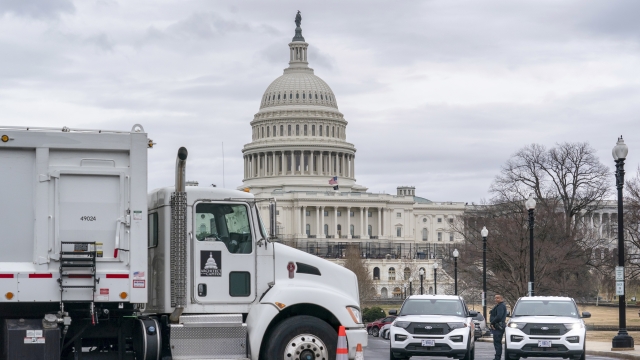 The Pentagon has approved the deployment of 700 unarmed National Guard troops to the nation’s capital as it prepares for trucker convoys that are planning protests against pandemic restrictions beginning next week. 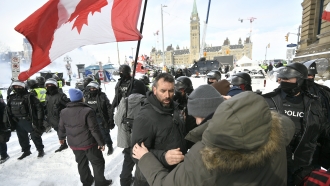 Defense Secretary Lloyd Austin approved the request Tuesday from the District of Columbia government and the U.S. Capitol Police, the Pentagon said in a statement Tuesday night.

The troops would be used to assist with traffic control during demonstrations expected in the city in the coming days, the Pentagon said. Four hundred Guard members from the District of Columbia Guard will be joined by 300 Guard members from other states, according to the statement.

Guard members will not carry firearms or take part in law enforcement or domestic-surveillance activities, the Pentagon said. 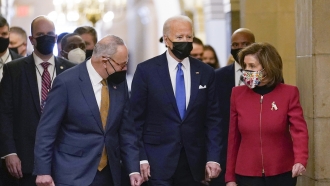 President Biden To Deliver State Of The Union Address March 1

Modeled after recent trucker protests in Canada, separate truck convoys have been planned through online forums with names like the People’s Convoy and the American Truckers Freedom Fund — all with different starting points, departure dates and routes. Some are scheduled to arrive in time for President Joe Biden’s State of the Union address on March 1, though others may arrive afterward.

The convoys follow the recent Canadian truckers’ protest which shut down the busiest U.S. Canadian border crossing and besieged the streets of the capital, Ottawa, for weeks to protest government pandemic restrictions. The multiple blockades were broken up by police last week, with more than 100 arrests.

It remains to be seen if any of the U.S. convoys would seek to actively shut down Washington’s streets, the way their Canadian counterparts did in Ottawa. Some convoy organizers have spoken of plans to briefly roll through the city, then focus on shutting down the Beltway, which encircles the capital.

A statement from the People’s Convoy specifically says the trucks “will NOT be going into DC proper.” That convoy is planning to embark Wednesday from southern California and arrive in D.C. around March 5.

The U.S. convoys seek an immediate lifting of what they say are heavy-handed government pandemic restrictions like mask mandates and vaccine requirements. The American Truckers Freedom Fund website says the group is protesting “the unscientific, unconstitutional overreach of the federal government.”

A state of emergency in the U.S. was declared by President Donald Trump in March 2020. Last week, President Biden announced his intention to extend it beyond the current March 1 expiration date.

Metropolitan Police Department Chief Robert Contee said Friday that his department was closely monitoring the shifting information and would be devoting additional police manhours in a rolling state of heightened alert over the next few weeks. In the meantime, he warned D.C. residents to stay alert for unexpected traffic snarls.