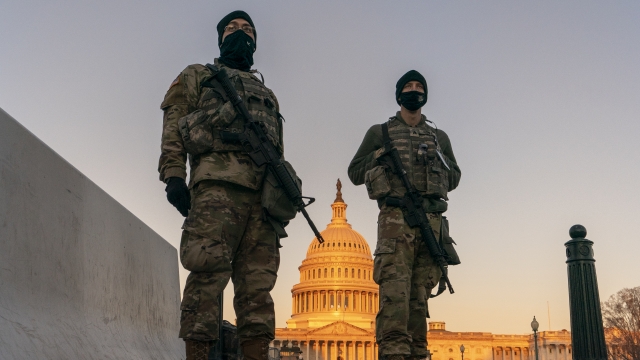 The Pentagon approved the request for Guard presence by the Capitol Police.

The large National Guard presence in Washington, D.C., will continue for at least two more months.

Defense Secretary Lloyd Austin extended at least 2,300 National Guardsmen to stay through May 23.

The Pentagon approved the request from the D.C. Capitol Police.

More than 20,000 troops were stationed in the nation's capital following the Jan. 6 insurrection and were there during President Biden's inauguration.