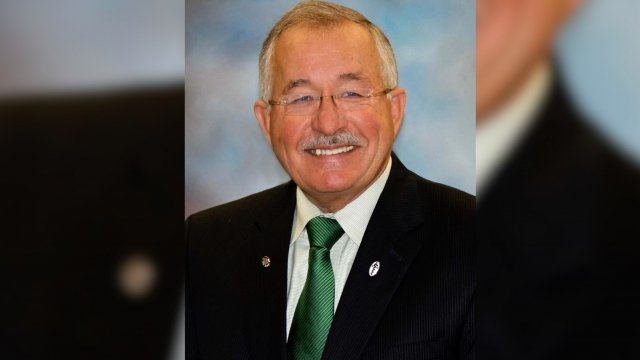 William Strampel was taken into police custody and put in the Ingham County, Michigan, jail. He faces multiple charges, including fourth-degree criminal sexual conduct and felony misconduct in office.

The Lansing State Journal reported investigators discovered pornography on Strampel's work computer and that he groped a female student.

Before stepping down in December for medical reasons, Strampel was the head of the College of Osteopathic Medicine. Nassar's medical practice was housed under that department.

Nassar was found guilty on multiple charges of sexual misconduct and will spend the rest of his life in prison.