How One Nashville Store Is Feeding Its Community 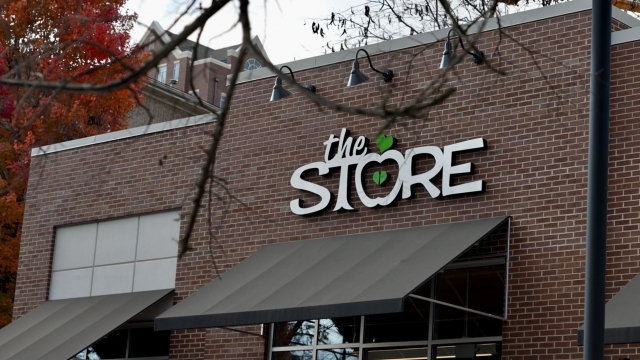 "The Store" is a nonprofit organization that operates a free grocery store open all year for people that need it most.

As you drive by, what looks like an ordinary Nashville grocery store from the outside is actually an army of volunteers helping feed people the community.

It's a nonprofit organization that operates a free grocery store open all year for people that need it most — those who are food insecure.

It's different from a food pantry and very much like a regular grocery store.

"We've had volunteers that live out of town and they'll plan a trip to Nashville just to come volunteer," she said.

Those who shop here know Tony Eagan. He's now retired after working in the publishing business for 40 years. He volunteers twice a week.

"On Wednesdays, we basically restock the store, clean it and get it ready for opening," he said. "And then on Thursday afternoons, I work again as a greeter and loading groceries into cars and things like that."

He started volunteering shortly after the pandemic hit, which is when "The Store" had to switch up plans and start delivering food instead of having people shop inside.

"The driving and delivering was kind of a godsend for me," Eagen said. "It took up some time, gave my week some structure and I enjoyed it and I've enjoyed meeting a lot of people."

"The Store" serves 350 families who come and shop every other week.

"It's been an eye opener for me," Eagen said. "Some clients have a temporary situation and you've got others that may have been in this situation with food security for a long time."

Volunteers stock the store with food and fresh produce.

"It's really just like they're working at a grocery store," Derrick said.

And with Thanksgiving around the corner, there's a special surprise for shoppers this year.

"We're actually going to have one aisle dedicated to showcasing the different items we're going to have for our sides," Derrick said. "So we have different Thanksgiving staple sides that we're offering this year."

A Nashville native herself, she says it makes her feel good being able to do this for her community.

"Especially during this time of great need," Derrick said. "I just really love being a part of it and just seeing our customers coming in and how much it's changed their lives over the year has been really cool to be a part of."

"I think we're doing a lot of good. So it's a good thing," Eagen said.