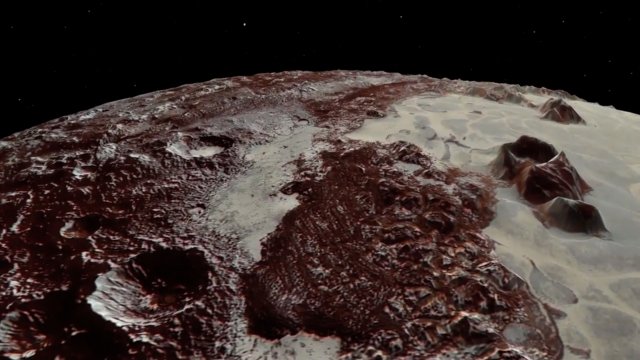 SMS
NASA Is Letting You See What It's Like To Fly Over Pluto
By Ryan Biek
By Ryan Biek
July 18, 2017
Two years ago, the New Horizons craft journeyed to Pluto, and NASA's still mining its data.
SHOW TRANSCRIPT

Two years ago, NASA took its first close-up images of Pluto. Now, the space agency is giving us a new view of the distant dwarf planet.

NASA isn't done with New Horizons yet. It's still mining Pluto's data, and the craft is already on its next mission –– flying by an object nearly a billion miles beyond the dwarf planet. 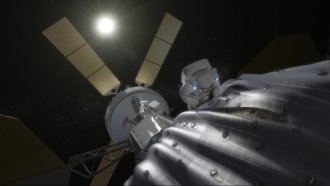 Because the Kuiper Belt gets so little light from the sun, NASA believes MU69 is a frozen snapshot of what that part of the solar system was like when it was born 4.6 billion years ago.