NASA May Have Found More Proof That Mars Once Had Water 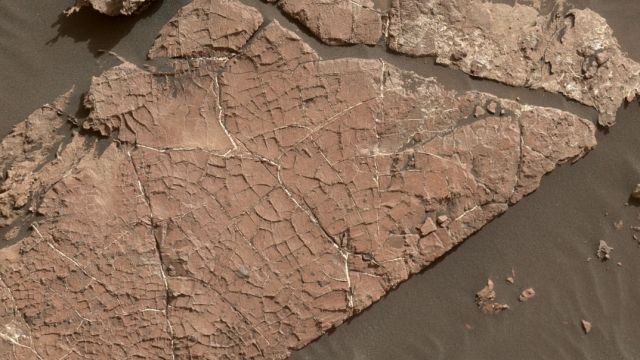 NASA's Curiosity rover has spotted what scientists say were probably cracks in drying mud on Mars, giving scientists even more proof that the red planet once hosted water.

Curiosity snapped photos of the cracks in December at a site called "Old Soaker." 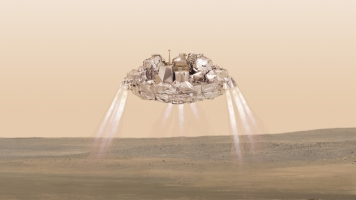 NASA researchers say the shallow crevices look like nothing they've ever seen before from Curiosity and could be the mission's first confirmed evidence of ancient mud cracks.

As one team member said in a statement, "Even from a distance, we could see a pattern of four- and five-sided polygons that don't look like fractures we've seen previously with Curiosity. It looks like what you'd see beside the road where muddy ground has dried and cracked."

Over time, the cracks were most likely buried by layers of surface sediment, which eventually hardened into solid rock. But later on, wind erosion stripped away those layers to reveal the fractured patterns Curiosity caught on camera.

As another Curiosity team member put it, "If these are indeed mud cracks, they fit well with the context of what we're seeing in the section of Mount Sharp Curiosity has been climbing for many months. The ancient lakes varied in depth and extent over time and sometimes disappeared. We're seeing more evidence of dry intervals between what had been mostly a record of long-lived lakes."

Scientists say they will continue to analyze the site and look for other instances of cracking around Mars.