NASA Launches Fastest Spacecraft Ever To Research The Sun's Atmosphere 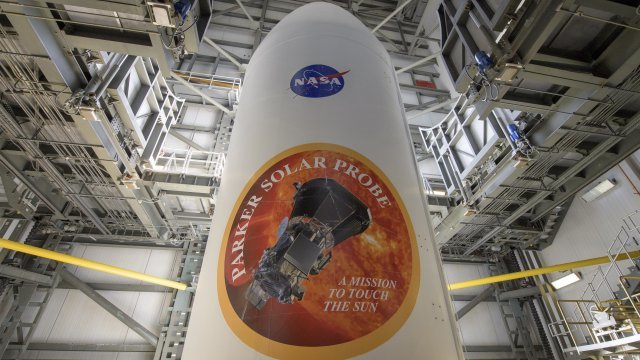 NASA just launched a probe that is expected to come closer to the sun than any before it.

It will also be the fastest-moving man-made object in space.

NASA's Parker Solar Probe successfully launched from Cape Canaveral, Florida, on Sunday. The launch was set to take place Saturday but was postponed.

Scientists are trying to gather information about the sun that they say could help humanity move out into the solar system. The probe's mission will last seven years.