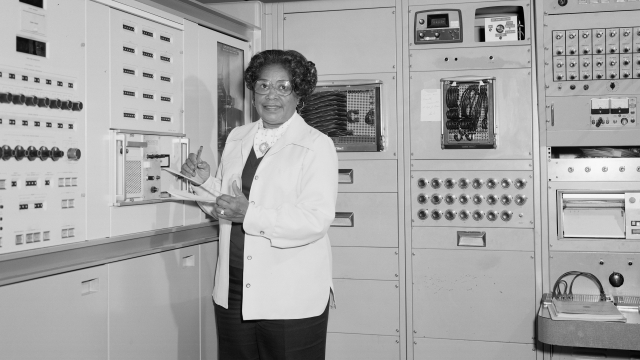 As a nice transition from Black History Month into Women's History Month, NASA named its D.C. headquarters after its first Black female engineer.

Mary W. Jackson became NASA's first Black female engineer in 1958 and served as a research mathematician at Langley Research Center. Her work was so good, Jackson was dubbed a human computer and she was portrayed by actress Janelle Monáe in the Hollywood movie, "Hidden Figures".

Washington D.C. Deputy Mayor for Operations and Infrastructure Lucinda Babers said, "The fight for freedom occurred, not just in the streets, but as Ms Jackson's life showed, it also took place within the system. She turned it inside out, so that more African-Americans and women could excel. As a result, successful Black women are no longer hidden figures. We are very visible monuments to success."

The 2016 movie adaptation of the book "Hidden Figures" brought the story of Jackson and several other history making Black women at NASA to life. In 2019, Jackson was posthumously awarded a Congressional Gold Medal along with several of her African American female colleagues.

Over the years, NASA has promised to honor the legacies of other hidden figures in its history.