As A Star Slowly Dies, The Rotten Egg Nebula Is Born 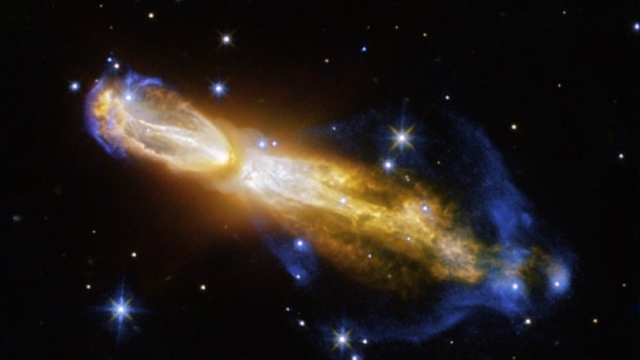 SMS
As A Star Slowly Dies, The Rotten Egg Nebula Is Born
By Ryan Biek
By Ryan Biek
February 7, 2017
NASA and the European Space Agency released a new image of the star's slow death.
SHOW TRANSCRIPT

Thank god you're 5,000 light-years away because this is called the Rotten Egg Nebula.

It's real name is the Calabash Nebula, but it gets the nickname from the large amount of sulfur it has.

This new photo from NASA and the European Space Agency shows the star changing from a red giant to a planetary nebula.

In layman's terms, it's dying –– just very, very slowly. It still has 1,000 years before it's done becoming a planetary nebula. 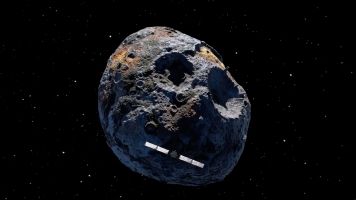 Although it looks small in pictures, the Rotten Egg Nebula is 8 trillion miles long. Yellow gas fired from the central star is currently moving at over 620,000 miles per hour.

Our own sun will eventually go through the same process. Luckily, it's scheduled 7 billion to 8 billion years from now.

Hopefully it's a less stinky ordeal. Fingers crossed for a cooler name, too, like the Tarantula Nebula, the Cat's Paw Nebula or the Bubble Nebula.