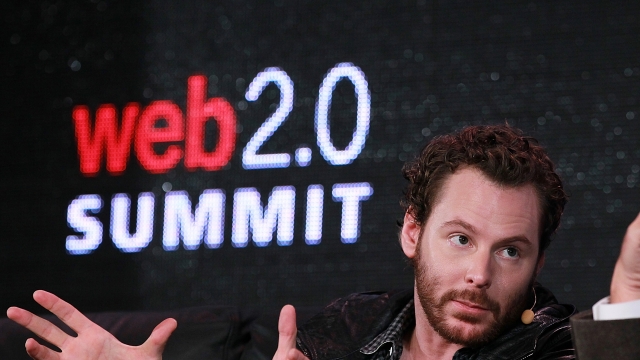 SMS
Napster's Sean Parker Is Now Trying To Disrupt How We Treat Cancer
By Calvin Stovall
By Calvin Stovall
April 16, 2016
Parker says his philanthropic venture that focuses on immunotherapy cancer treatment will be the primary project for the rest of his life.
SHOW TRANSCRIPT

Today, the 36-year-old seems to be disrupting every paradigm he can find.

Parker still has his hands in digital media; he's on Spotify's board, and his new Screening Room service aims to change Hollywood by streaming theatrical films into living rooms on premier night.

But his most ambitious project to date could be his attempt to disrupt another area of tech — cancer research.

The Parker Institute for Cancer Immunotherapy is a $250 million initiative to fight cancer by combining the powers of 300 scientists in 40 university labs.

And cancer isn't the only disease Parker wants to fight.

He's invested $24 million in Stanford University for allergy research, given $4.5 million to University of California San Francisco to fight malaria and put $1 million toward marijuana legalization in California — we can presume that's at least partly due to its reported medicinal benefits.

As for the cancer project, Parker has described its scientific model as a "virtual sandbox" where researchers can collaborate to fight cancer and other diseases.

Parker told CNBC: "The scientists, actually, they're the easiest part of this equation ... They want to share data. So this is kind of a grand experiment in how do we remove all the obstacles, the barriers that would prevent them from sharing data?"

The promising treatment of immunotherapy seems to help immune systems fight off cancer without surgery, chemotherapy or radiation.

Parker told The New York Times: "This is my primary philanthropic project, probably for the rest of my life."