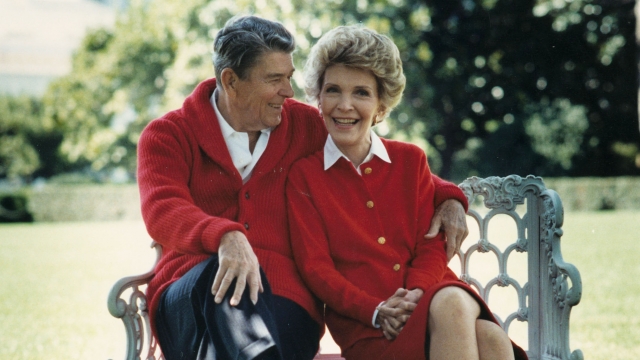 Former first lady Nancy Reagan has died at the age of 94.

A statement from the Office of Nancy Reagan confirmed her death and said she will be buried next to her late husband, President Ronald Reagan.

Ronald and Nancy Reagan had what's often described as a lifelong love affair.

As she once said, "My life really began when I married my husband."

During her eight years as first lady, she had a major influence on her husband.

In 1983, a reporter asked President Reagan, "You’re not getting too old to run again are you?"

Nancy Reagan joked, "How would you like a piece of cake, Sam?"

Her major initiative was drug education and prevention.

"When it comes to drugs and alcohol, just say no," Nancy Reagan said.

Her causes included the Foster Grandparents Program, renovating the White House and hosting a yearly televised concert series at the White House for young performers — a tradition that continues to this day.

She's said to have rarely left her husband's side during his final years at their ranch in Santa Barbara, California. Ronald Reagan died in 2004 after a long battle with Alzheimer's.

Every year she put a wreath at his gravesite. Nancy Reagan is survived by her children, Patti Davis and Ron Reagan, and her stepson, Michael Reagan.