N. Korea Is Reportedly Developing A Revamped Missile That Could Hit US 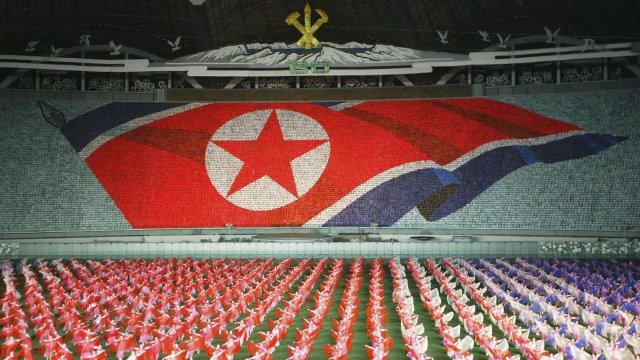 SMS
N. Korea Is Reportedly Developing A Revamped Missile That Could Hit US
By Briana Koeneman
By Briana Koeneman
November 2, 2017
An unnamed U.S. official told CNN that North Korea's revamped missile is an upgrade to the KN-20, but it's unclear how far along it is.
SHOW TRANSCRIPT

North Korea is reportedly developing an advanced version of its intercontinental ballistic missile. And it could possibly reach the U.S.

An unnamed U.S. official told CNN the revamped missile is an upgrade to the North's KN-20 ICBM, but it's unclear what stage of development it's in.

According to CNN, the new missile is just one thing leader Kim Jong-un is doing to quickly improve his country's weapons program. Pyongyang is also reportedly tweaking its nuclear fuel, missile launchers, and guidance and targeting systems.

North Korea claimed it successfully launched its very first intercontinental ballistic missile in July. And the country has conducted multiple missile tests this year; the latest was nearly two months ago. 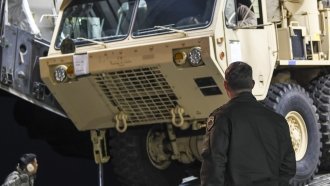 In August, a leaked report from the intelligence community said the North developed a miniature nuclear warhead for its missiles.

News of the new missile advancement comes just before President Donald Trump's first official trip to Asia. North Korea's weapons program is expected to be a big topic during his visit.