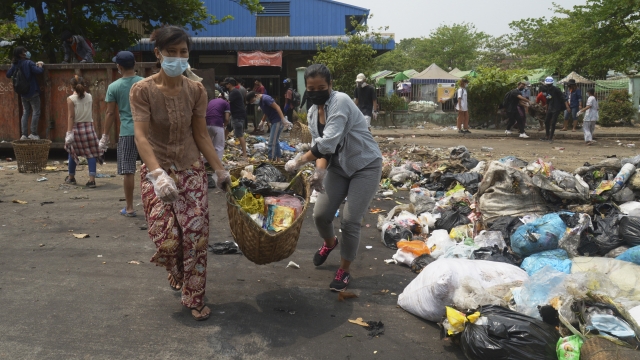 Anti-coup protesters in Myanmar are taking part in a so-called "garbage strike."

Protesters are being encouraged to leave trash in the streets as an act of civil disobedience.

The strike comes amid an ongoing security crackdown which human rights monitoring groups say has killed more than 500 people since Feb. 1.

Meanwhile, armed groups within Myanmar have called on the junta to resolve political issues and stop killing protesters. If not, the groups said they would cooperate with everyone defending themselves against the military.