Rohingya Muslims Could Be Headed Back To Myanmar Soon 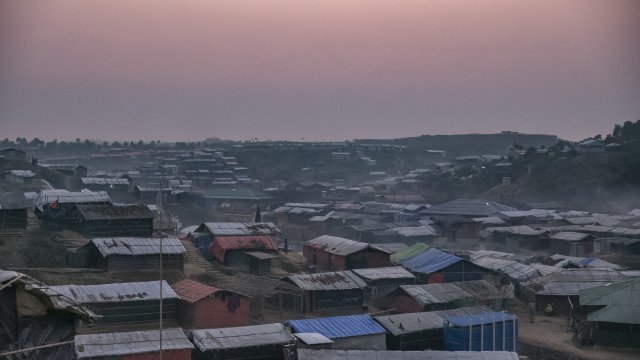 SMS
Rohingya Muslims Could Be Headed Back To Myanmar Soon

By Katie Cammarata
October 30, 2018
Myanmar and Bangladesh struck an agreement on Tuesday to start repatriating the Rohingya.
SHOW TRANSCRIPT

Rohingya Muslims living in refugee camps in Bangladesh could be headed back to Myanmar soon.

Myanmar and Bangladesh struck an agreement on Tuesday to start repatriating the Rohingya next month.

Roughly 700,000 Rohingya have been living in the overcrowded camps in Bangladesh after fleeing Myanmar military crackdowns last August.

In a 440-page report released last month, the U.N. said Myanmar committed human rights violations against the Rohingya and called those violations "the gravest crimes under international law." The report found "clear patterns of violations by the Myanmar military," including killing thousands of Rohingya civilians and burning hundreds of settlements.

U.N. investigators have said top Myanmar military leaders should face charges of genocide, crimes against humanity and war crimes. Myanmar says the military crackdown was in response to attacks by Rohingya militants.

Myanmar and Bangladesh made a similar repatriation agreement last November, but it fell through, and both sides blamed each other for the delay.

Human rights groups warn that sending the Rohingya back to Myanmar could lead to further human rights violations.