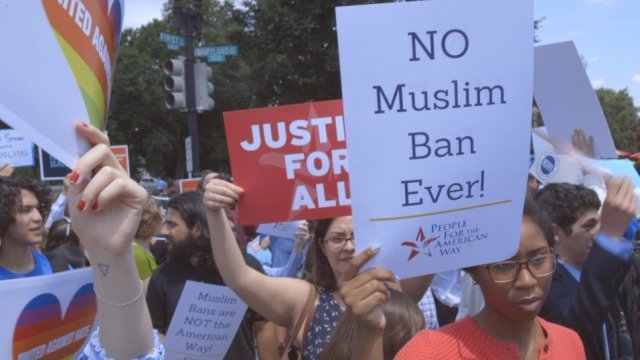 The Supreme Court said Tuesday the president's third travel ban is constitutional. The decision is a vindication after the president had three versions of his ban blocked by lower courts. The 5-4 vote fell along partisan lines, further cementing the impact of Trump-appointed Justice Neil Gorsuch. Muslims gathering outside the nation's highest court say they worry what the future will look like for Muslims both in the U.S. and around the world.