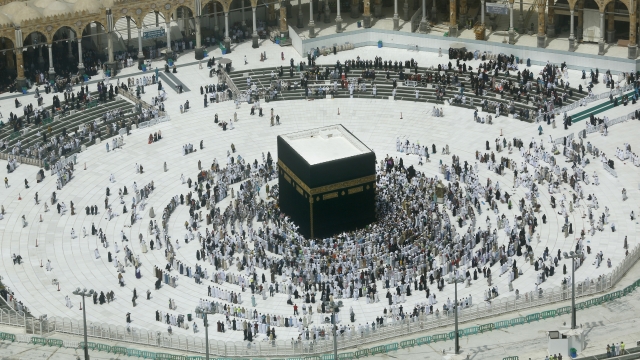 SMS
Muslim Pilgrimages Canceled Amid Coronavirus Fears
By Bailey Vogt
By Bailey Vogt
March 4, 2020
The government announced Wednesday it would be banning its citizens from visiting Muslim holy sites in Mecca and Medina.
SHOW TRANSCRIPT

Saudi Arabia has canceled Muslim pilgrimages to Mecca amid fears of the spreading coronavirus.

The government announced Wednesday it is banning its citizens from visiting Muslim holy sites in Mecca and Medina, extending a ban it put in place last week suspending religious visas for travelers hoping to make the trip.

According to The Associated Press, the government called the ban "temporary" but didn't indicate when it would be lifted. They also didn't provide details about how the government would implement the ban.

The suspension could put the biggest pilgrimage into jeopardy later this year. Known as the hajj, millions could have their religious journey canceled in late July if the ban isn't lifted by then.

As of reporting Wednesday morning, the coronavirus has infected over 94,000 people, including 2,900 in nearby Iran. According to John Hopkins Univiersity, Saudi Arabia has one reported case so far.