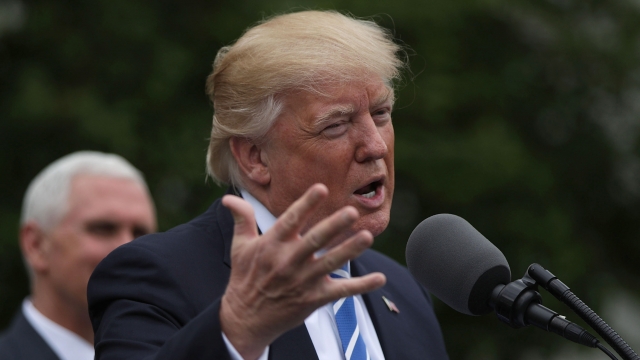 SMS
A Page Dedicated To Trump's Muslim Ban Has Been Removed From His Site
By Lindsey Pulse
By Lindsey Pulse
May 9, 2017
A reporter asked press secretary Sean Spicer why a press release detailing a ban on Muslims entering the U.S. was still on the president's website.
SHOW TRANSCRIPT

President Donald Trump's words keep coming back to haunt him. This time it's a press release on his campaign website.

That release from December 2015 came up in discussions about two executive orders Trump signed as president. Those orders aimed to temporarily bar people from several Muslim-majority countries from entering the U.S.

Both were blocked by federal judges who argued they were unconstitutional because of religious discrimination.

The Trump administration has repeatedly said the ban doesn't target Islam and is focused on national security and reducing terror threats. 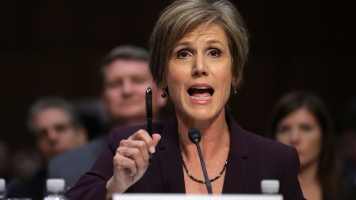 On Monday in a briefing with press secretary Sean Spicer, a reporter pointed out Trump's campaign website still had the post calling for a "total and complete shut down of Muslims entering the United States."

"I'm not aware of what's on the campaign website; you'd have to ask them," Spicer said.

The lawyers defending the travel ban were also asked about Trump's campaign statements. During a hearing Monday in the U.S. Court of Appeals for the 4th Circuit, judges asked the administration's lawyers if the press release calling for a Muslim ban was still on his website.

Before the end of Monday, the page was gone. The White House hasn't spoken about why it was taken down.