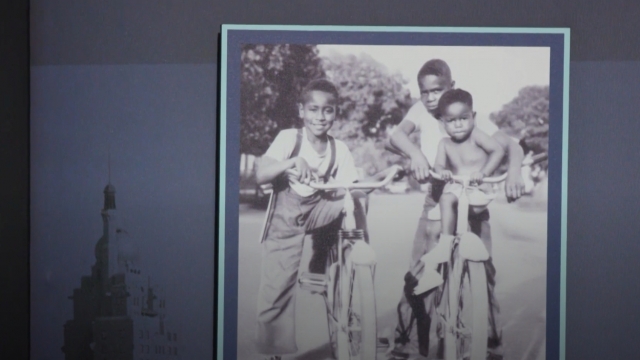 Museums are helping fill some gaps in the teachings of America's racist history, with one Indianapolis exhibit sharing Emmett Till's story.

Emmett Louis Till was a 14-year-old boy who had hopes and dreams in front of him.

"He was a jokester," said Aaron Bonds, experience manager at the Children's Museum of Indianapolis. "There were parts of his personality that the world missed out on."

Those dreams along with the tragedy of his life, cut short in a racist attack, are now on display at an unlikely place: a children's museum.

The curators at the Children's Museum of Indianapolis in Indiana say the goal is to tell the truth, which includes both his humanity and the gruesome murder that helped spark the civil rights movement.

"We have to think critically about how we display this information, not only to make sure that there's dignity for Till and for what he went through and for his family, but also for the visitors that come through our space," Bonds said.

That includes making the exhibit for children ages 10 and older with an added option of pulling the tab on some of the more difficult images.

It also includes input from the Emmett Till Interpretive Center and family members in order to accurately display little things, like Till's hobbies, and big things, like the strength of his mother Mamie Till-Mobley.

It is now increasingly unlikely that Carolyn Bryant Donham will ever be prosecuted for her role in the events that led to Till's lynching.

There has been much ado about ugly parts of American history and the way it's taught to children, with school districts in many parts of the country putting laws into effect that ban anything that could be considered "critical race theory."

However, child psychologists say there's good that can come from these difficult lessons when told the right way.

Dr. Erlanger Turner, a Pepperdine University professor and creator of Therapy for Black Kids, says it's all about the way harsh history is presented and if parents are taking the time to dive deeper.

"Having these conversations are actually more helpful then harmful because it provides an opportunity for people to have empathy for others," Dr. Turner said. "For older kids, I think you can do more of processing those experiences and talking about why this happened. What do they think could have been done differently, and how can we not repeat some of these same instances?"

Museum employees say while adults' responses are impactful, it's the reactions from children that bring hope.

"They can learn that they're not alone and that they do have power to share their voice and that there is something they could do," Bonds said. "They don't just have to sort of deal with the world the way it is."

Parents are invited to check out a virtual tour online to determine if the content is something their child can comprehend.

The Emmett Till exhibit will leave Indianapolis and begin a nationwide tour to six cities starting Oct. 30, with the goal to share that history and Till's story with children across the country.