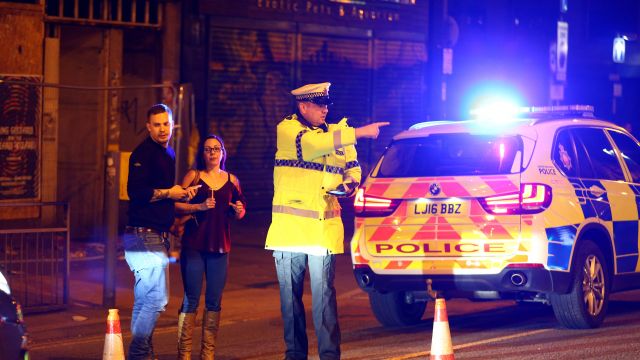 "It is now beyond doubt that the people of Manchester and of this country have fallen victim to a callous terrorist attack," British Prime Minister Theresa May said during a press conference.

At least 22 people, including children, are dead and dozens more injured after a bomb exploded at a concert in Manchester, England.

The explosion shook Manchester Arena around 10:35 p.m. local time. Singer Ariana Grande had just finished a concert at the venue.

Authorities say they believe the bombing was carried out by a lone attacker armed with an improvised explosive device.

ISIS later claimed responsibility for the explosion, but authorities haven't announced a link between the attacker and the terrorist group.

British Prime Minister Theresa May said police believe they've identified the attacker who died in the blast, but they haven't confirmed it yet. 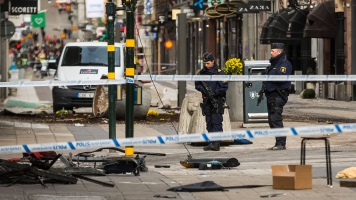 Police also said a 23-year-old man had been arrested in connection with the attack.

A representative for Grande confirmed the singer was not hurt during the incident.

Hours after the attack, she wrote on Twitter, "Broken. From the bottom of my heart, I am so so sorry. I don't have words."

President Donald Trump, who is currently on his first international trip, shared his condolences and condemned those responsible.

"So many young, beautiful innocent people living and enjoying their lives murdered by evil losers in life," Trump said.

The incident was the deadliest terrorist attack on British soil since 52 people lost their lives in the 2005 London bombings.