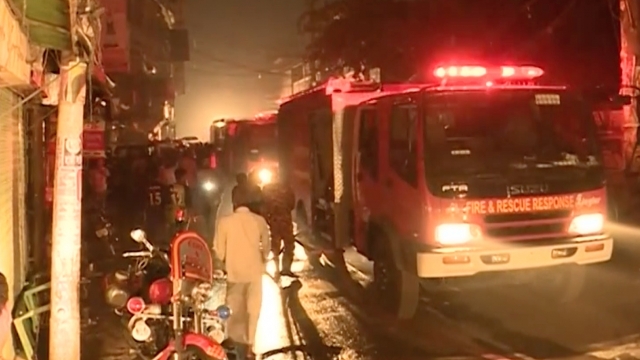 A massive multi-building fire in Bangladesh's capital of Dhaka has killed at least 78 people and injured 50 more.

Officials haven't said how the fire started, but it's believed to have ignited when a car exploded Wednesday night, according to CNN. The blaze quickly spread through an apartment building, a restaurant and chemical warehouses.

Dhaka's police commissioner says the fire is under control, but officials are concerned two of the badly damaged buildings could collapse.

The fire is one in a string of deadly blazes in Bangladesh, a country with poor safety measures and structural standards.