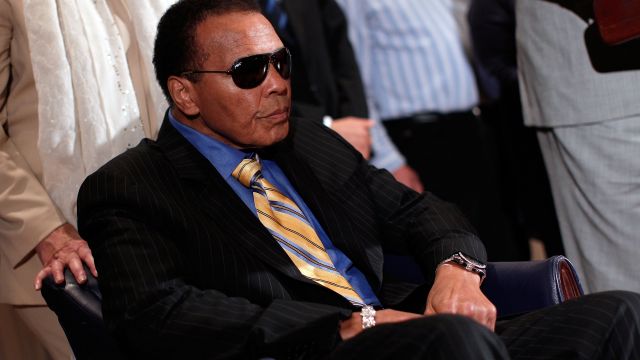 The famous boxer's condition has worsened since he was hospitalized earlier this month.

Muhammad Ali is in much graver condition than first thought, according to several reports.

The boxing great was recently admitted to a Phoenix-area hospital with severe respiratory problems. At the time, his spokesperson told reporters the hospital stay was expected to be brief.

But on Friday, several outlets said Ali's family had been called to his bedside as his condition continued to deteriorate. The Daily Mail reports Ali has been placed on life support.

The three-time heavyweight champion is a legendary figure both inside and out of the ring. Ali is known both for his famous bouts with Joe Frazier and Sonny Liston, and for being stripped of his boxing license over his refusal to be drafted for the Vietnam War.

Ali was diagnosed with Parkinson's disease at the age of 42 and has been in fragile health recently. He was previously hospitalized in early 2015 with a urinary tract infection.

This video includes images from Getty Images and clips from KNXV, Al Jazeera and PBS.

The R.O.C.K. Foundation is a nonprofit organization focused on providing underserved communities with opportunities through fitness and training.

Members say being around others with Parkinson's helps them not to feel self-conscious.

The Nevada State Athletic Commission voted unanimously to remove marijuana from its list of banned substances for combat athletes.