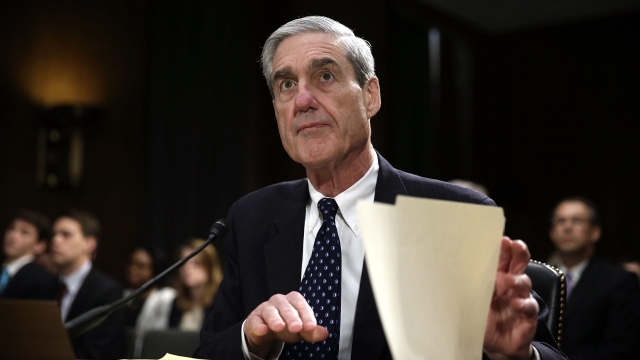 Special Counsel Robert Mueller isn't the first to conduct an independent investigation of a President. Here's how past investigations could shape his.

Robert Mueller isn’t the first independent investigator who has prepared a highly anticipated report on alleged misdeeds by a president. And two reports from recent administrations could lay the groundwork for Mueller's report.

The first was completed in 1974 by Leon Jaworski, the special prosecutor in the Watergate Scandal.

Jaworski didn’t make any recommendations about President Richard Nixon’s impeachment in his 55-page report, but the document became a "road map" for members of Congress as they prepared articles of impeachment.

Although Congress saw the report, it wasn't available to the public until October last year.

But a 1998 investigation into then-President Bill Clinton became public immediately.

Since the Starr report, the laws surrounding special counsel investigations have changed, and experts say that will make Mueller’s task trickier. Unlike Starr and Jaworski, Mueller will have to submit his final report to the Attorney General, who then determines what information gets handed over to Congress.

"It’s going to come out piecemeal. For those people that sort of wanted the whole story to get laid out there, we’re all going to be disappointed," said Steven Billet, director of the legislative affairs masters program at George Washington University.

Billet says it's likely that Mueller will lay out the entire investigation in an extensive report, similar to Starr's report. But that doesn’t mean the public will necessarily get to see it.

"One of the things that we saw before was that in the Starr report in particular the whole process became really heavily politicized immediately and I think that many of the analysts would suggest that the character of the Starr report was considerably more partisan," he said.

Billet says Mueller will likely remain more neutral in his final report, shying away from any sort of impeachment recommendations like Jaworski.

If there is enough evidence to charge President Trump with obstruction of justice, Mueller could model an indictment after a draft indictment that was included in the Jaworski report.

But we probably won't get to see a lot of evidence right away. There are several other ongoing investigations surrounding Trump’s associates and his campaign finance dealings. Any evidence obtained through those investigations can't be revealed.

"There’s a big chunk that we’re not going to see, assuming that the Congress doesn't get their hands on this and publicize all of it," Billet said.