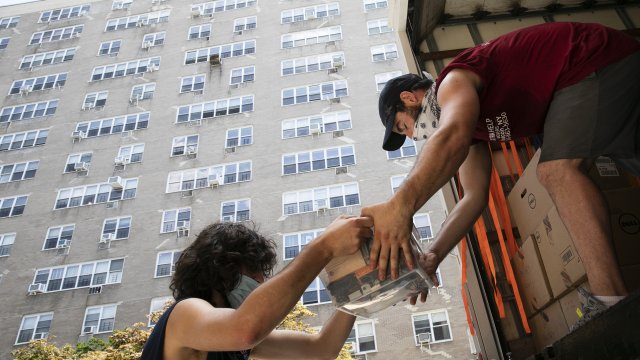 Tax experts say workers who moved during pandemic may owe taxes in both the original state and the new one where they moved.

The opportunity to work remotely during the pandemic made a lot of people realize they could get their job done from anywhere. Whether it was temporary or permanent, millions of Americans packed their bags and relocated.

I’m not an expert, but we talked to lots of them, and asked: how should I file taxes if I moved during the pandemic?

"There are different rules on, depending how long you've actually been in the state and then it varies state to state," said Rhonda Collins, director of tax content and government relations at the National Association of Tax Professionals.

So the short answer is: it’s complicated. You may owe taxes in both the original state and the new one you moved to. But there may be a way around it, depending where you live and work.

This includes states near major metro areas, like New York and Washington, DC, where workers would normally commute across state lines. Experts say talking to a tax professional is the safest way to ensure you’re following all state tax laws.