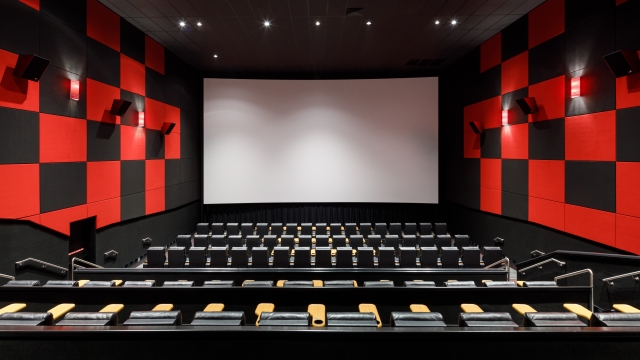 SMS
Movie Theaters See A Light At The End Of The Pandemic Tunnel
By Katherine Biek
By Katherine Biek
April 26, 2021
More and more people are buying movie tickets. And cinemas hope a packed summer slate and increased capacity numbers will boost sales even further.
SHOW TRANSCRIPT

After months of temporary closures and dismal box office receipts, movie theaters see a light at the end of this pandemic tunnel.

Thanks in no small part to "Godzilla vs. Kong" -- which turned a healthy profit for Warner Bros. -- more and more people are buying movie tickets.

Shawn Robbins: "There's been a pent-up demand, I think, that's been growing from not just movie fans, but also casual audiences -- maybe people who don't frequently go to the theaters, at least pre-pandemic, but have now been stuck at home for over 13 months."

It's the type of slate that normally would have people lining up each weekend. With COVID restrictions still in place -- the 2021 domestic summer box office won't reach 2019 levels. But it should surpass the measly $176 million made during that time last year.

Ken Thewes, Chief Marketing Officer for Regal Cinemas: "We certainly expect to get back to profitability by the second half of the year. That's really our ultimate goal."

Regal Cinemas expects to have all its theaters open by the end of May. And its chief marketing officer says the theaters that can operate at 50% capacity or greater should be able to turn a profit.

Thewes: "We are happy to see a lot of big markets that have gotten there. We're not there everywhere, but we're looking forward to those easing up as vaccines get more prominent with the population."

But the North American box office isn't the only one that's important to studios. Robbins says they need to look at widespread cinema closures outside the U.S. when determining the day-to-day viability of theaters.

Robbins: "Those will be key to consider for studios like Disney and Universal when it comes to putting out their big global blockbusters."

Until that full recovery, studios will likely continue to release some or all of their movies simultaneously in theaters and on streaming.

But even after the pandemic, theaters will be forever changed. Studios are cementing plans to shorten exclusive theatrical windows to anywhere between 17 and 45 days. Robbins says this is more of a win for theaters than you might expect.

Robbins: "Theaters really don't stand to lose as much from that cutback as it might seem, because typically, after about 45 days, especially the top earners have generally earned about 90% of their final gross at the box office. … So, you know, in the end, they could actually get newer content more quickly if this pans out."