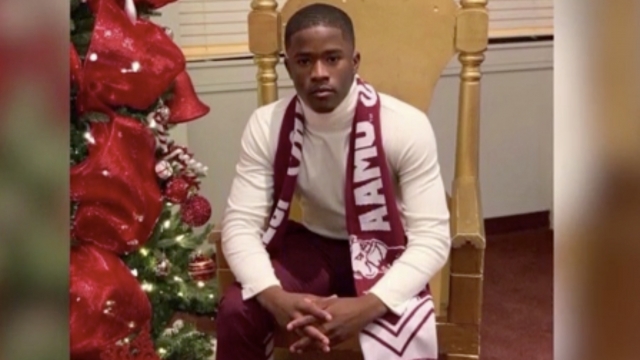 SMS
Jelani Day's Mother Speaks To Newsy About His Disappearance
By Chance Seales
By Chance Seales
September 20, 2021
Police say Day was last seen on Aug. 24 at a dispensary. His car was found two days later, but there's been no sign of the grad student.

TONIGHT: Jelani Day's mother returns to Newsy Tonight. Where is the 25-year-old graduate student? And why isn't his case getting more national attention? Carmen Bolden Day speaks live with Newsy at 7pm ET.

He was always in touch, and then ... silence.

With the help of friends, his fraternity brothers and mentors, Day's family has been spreading the word, far and wide.

Police say Day was last seen on Aug. 24 at a dispensary. Images were captured on security cameras.

Police say Day isn't wearing the clothes seen in that footage; they were found in his abandoned vehicle. Day's Chrysler 300 was discovered in a wooded area in Illinois on Aug. 26.

And so far, details surrounding his disappearance are limited.