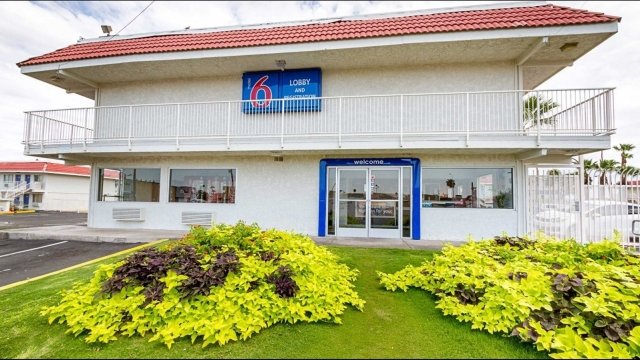 SMS
Motel 6 To Pay $7.6 Million For Allegedly Giving Guest Lists To ICE
By Ahmed Jawadi
By Ahmed Jawadi
November 6, 2018
​It also agreed to not share guest information to ICE agents without a warrant in the future.
SHOW TRANSCRIPT

National hotel chain Motel 6 has agreed to pay up to $7.6 million to settle a class-action lawsuit for allegedly giving its guests’ information to ICE agents without a warrant.

The report said agents made at least 20 arrests at two locations.

Motel 6 said senior management was unaware of the practice and discontinued it after the report went public. It also said the practice was done only "at the local level." But Washington's Attorney General’s Office found several Motel 6 locations in its state were also sharing guests' personal information with ICE.

As part of the proposed settlement, Motel 6 will pay up to $5.6 million to guests who were placed in immigration removal proceedings; up to $1 million for those interrogated; and up to $1 million to those whose personal information was shared with ICE.

Motel 6 will also cover the plaintiffs' legal fees and agreed not to share guest information to ICE agents without a warrant in the future.

The hotel chain still maintains no wrongdoing on its part.