Most Of Venice Is Under Water After Strong Storms Hit Italy 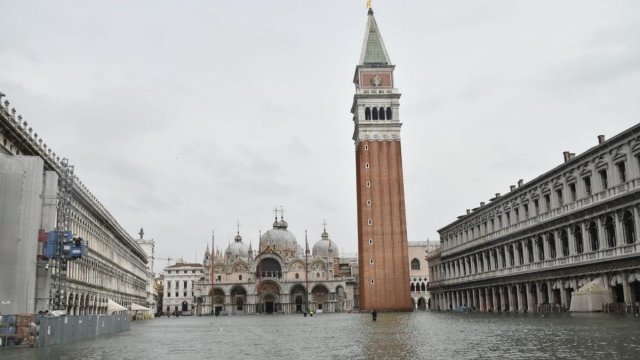 Venice, famously known as "The City of Water," has been hit with record-breaking flooding.

More than three-quarters of the canal-laced city is under water after heavy rains and high tides raised water levels more than 5 feet above sea level.

Venice is prone to flooding, but as CNN reports, this is the worst the city has seen since 1979.

Officials closed the popular tourist spot St. Mark's Square. But despite the flooding, the Venice Marathon still took place Sunday. Runners were forced to tread through ankle-deep water in the last leg.

The death toll across the country from the violent storms has risen to at least nine people. Four others were reportedly injured.