Most Gun Laws Found Not To Work, But Background Checks Might 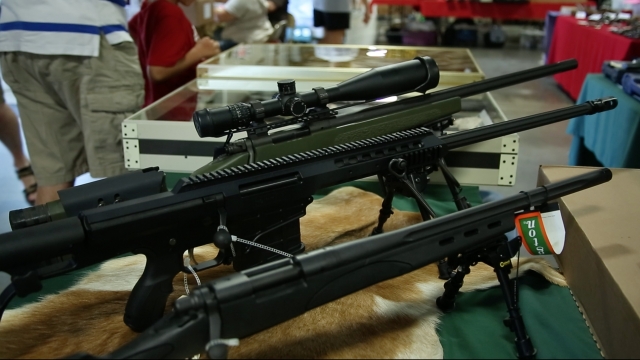 SMS
Most Gun Laws Found Not To Work, But Background Checks Might
By Steven Sparkman
By Steven Sparkman
March 10, 2016
Out of 25 kinds of gun laws, background checks for firearms and ammunition were found to be most effective at reducing gun deaths.
SHOW TRANSCRIPT

There's not a lot of research on the effectiveness of gun control laws, but a new study claims to show which gun laws actually work. What's more, it says applying those laws nationally could cut gun-related deaths by 90 percent.

Researchers at Boston University looked at 25 types of state-level gun laws and analyzed how each kind of law was related to gun deaths.

That last one is a surprise. Firearm ID, also known as microstamping or ballistic fingerprinting, is supposed to give law enforcement an easy way to trace a gun casing back to the gun that fired it.

But programs to do that haven't fared well. Maryland recently scrapped its ballistic fingerprinting program, which, after $5 million and 15 years, wasn't found to have helped solve a single crime.

That wasn't the study's only surprise, though. Laws designed to keep guns away from children weren't shown to have an impact, and some other favorites pushed by gun control advocates appeared to make matters worse.

Restrictions on bulk gun purchases and bans on so-called "assault weapons" were actually associated with a rise in firearm-related deaths, just like so-called "stand your ground" laws.

It would be wise to take the findings with a grain of salt. The researchers were upfront about the study's limitations — like the fact that they only had gun death data from 2010.

Another scientist whose commentary was released alongside the study also took issue with the idea that gun deaths could be reduced by 90 percent just by adopting three laws, saying, "That result is too large — if only firearm suicide and firearm homicide could be reduced so easily."

This video includes clips from the National Institute of Standards and Technology and The Baltimore Sun.